Applications for September 2022 are now open. Please scroll down below for the full course overview.

If you have any further questions, enquire and we'll contact you.

This three-year honours degree is perfect for students who are interested in a career backstage and enjoy a practice-based learning environment. Please note, this course is not part of the CAO points system.

The course is led by a dedicated and experienced team all of whom have had successful careers in the theatre and performance industry.

The Lir Academy provides training that reflects the best practices in professional theatre. The practical training during the degree will be complemented with a range of classes including Theatre History, Principles of Stage Management, Principles of Theatre Technology and a three year Professional Development programme that covers everything from the workings of the industry to health and safety and managing a full time or freelance career.

Classes and active learning through working on productions are supported by an extensive placement programme. The course is full time and requires long working hours. As a result, students will be ready to engage with the intensive nature of the industry from the moment they graduate.

The applications for this course will reopen in October 2021 and interviews will be scheduled from November onwards. The initial deadline for applications is February 1st. We recommend submitting by then to give you the best chance of an offer. Applications will be accepted after this date, however places will be more limited.

Complete the application form and within two weeks the admissions manager will contact you to arrange an interview date and time.

EVERYONE WHO APPLIES FOR THIS COURSE WILL GET AN INTERVIEW.

The interview is an opportunity for you to demonstrate your passion, ability and understanding for this training and the type of work it will lead to. No experience necessary.

The Bachelor in Stage Management and Technical Theatre Degree is not part of the CAO point’s race. Students are expected to have achieved the minimum matriculation requirements for Trinity College Dublin courses, however, exceptions may be made based on the demonstration of exception natural talent at auditions and interviews.

Full details of the specific matriculation requirements for the country you're applying from are available on your country's admission page.

No experience is necessary for this course, however we do ask that students are able to demonstrate a passion, creative ability and understanding of the type of work this training leads to.

Please note, acceptance onto the course is at the discretion of The Lir Academy. If The Lir feels for whatever reason that a participant is not suitable for the course, they will not be accepted. All decisions are final and not subject to appeal.

First year builds a strong base of skills which allows students to choose their career path in year two and year three. The year starts with a six week set of introduction classes in key skills and safety then progresses to work on The Lir Academy’s ten annual theatrical productions and two fully produced short films.

Students work on Lir Academy productions as crew. This is designed to give students practical experience and a broad grounding in theatre skills.

Through a combination of taught skills and practical classes, students will also learn about:

The aim of the second year of the course is to enable students to apply skills acquired in their first year to a series of theatre productions directed and designed by professional theatre practitioners as a student ‘Head of Department’ (HOD).

Students will work on four productions and a film over the year in a variety of roles. Selection of these options will be chosen in consultation with the Director of Technical Training through regular tutorials.

Accompanying this is a six week block of classes that cover:

The roles students undertake in their second year are:

Working closely with the professional director and or Sound Designer of one of the final year Bachelor in Acting productions, students will be responsible for researching, collaborating on, and recording the sound design for the production.

Students who opt for this option will work with the production manager on the management of an entire production process for one of the final year Bachelor in Acting productions.

Working closely with the Technical Manager, Stage Manager and Deputy Stage Manager, students will be responsible for designing and making props to a professional standard for use in one of the final year Bachelor in Acting productions.

Students will work closely with the professional Costume Designer and will be responsible for the oversight of the costume department of a final year academy production.

Working alongside the set designer students will realise the construction and fit up of a theatre set on one of the final year Bachelor in Acting productions.

Working alongside the set designer students will realise the scenic paint and texture finish of a theatrical set on one of the final year Bachelor in Acting productions.

Students will work in a technical capacity in the production of a short film. The process will replicate the working environment of film or television recording.

In year three students will get two further heads of department roles on Lir Academy productions and undertake work placements with prominent theatre companies, festivals and industry related companies in order to further develop their chosen area of specialism. Past students have worked on placement at the Abbey Theatre, the Gate Theatre, the Royal Shakespeare Company, Dancing With the Stars, Macnas and more.

Research projects will be assigned according to the preferred career choice of each individual student. These projects can be theoretical or practical in nature. For example, writing a research on a chosen topic, or designing the sound for a theatre production. Students will be encouraged to keep a journal of reflective practices throughout their final year.

Students admitted to The Lir Academy will also be admitted to Trinity College Dublin and therefore the fees policy of TCD will apply, as follows:


1. Free Fees
Tuition fees for EU students who have not previously studied at degree level are paid by the Irish Exchequer. The student pays a Student Contribution fee; €3,000, and an additional charge of €193.75.
If a student is awarded a Local Authority grant, the Student Services Fee will be paid by Local Authority. The Sports Centre and USI Levy must be paid by ALL students.
Criteria for determining eligibility for free fees can be found here


3. Non-EU Fees
If you do not satisfy the criteria for Free Fees or EU Fees then you must pay non-EU Fees; €23,112 (in 2021/22) per year regardless of nationality or citizenship. Students classified for fee purposes as non-EU will not be permitted to change their fee status following admission.

A breakdown of undergraduate non-EU fees can be found here

Please note, tuition fees and other charges are subject to annual review by Trinity College Dublin which may result in a fee increase each year. All students (Undergraduate and Postgraduate, EU & Non EU) on courses/programmes of study of more than one year should be aware that tuition fees and other charges (Commencement/graduation fee, Sports Centre Charge and USI levy) may be subject to increase annually. The annual revision is approved by Trinity’s Committee and College Board and typically increase by approximately 3% per annum or more in any given year.


The undergraduate EU rate of tuition and student contribution is set by the Department of Education and Skills.

Students can apply for the bursary once a place has been offered on the course.

The Lir Academy Virtual Tour is available HERE. But first, make sure you're familiar with a few ground rules that will help you get the most out of this experience!

1. On the bottom left-hand corner you will find a play button.

2. Throughout the tour you will be guided by our students' voice-overs and have the option to watch videos and photo selections that will transport you straight into life at The Lir Academy. Here's a map for finding your way around this material:

3. Please note that if you have virtual reality glasses, you can use them to physically walk through the building. All you have to do is click the "View in VR" symbol on the bottom right-hand corner.

5. Want to share your excitement with your friends and family? You can click the share button on the bottom right-hand corner and help us spread the word on social media!

But most of all, enjoy your virtual tour of The Lir Academy!

"The Lir is a fantastic environment to learn new and further develop pre-existing skills. The atmosphere is welcoming and supportive. I have always been fully encouraged to succeed and take brave steps in new directions that I might not have considered before. I would highly recommend anyone with an interest in working backstage in theatre to consider this course.”

Related to this course... 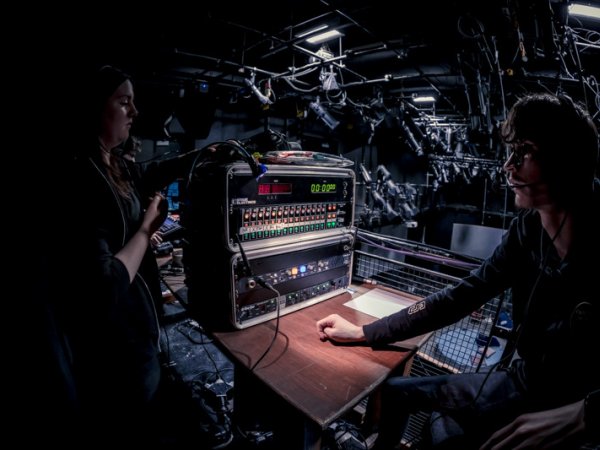 Technology and the Stage 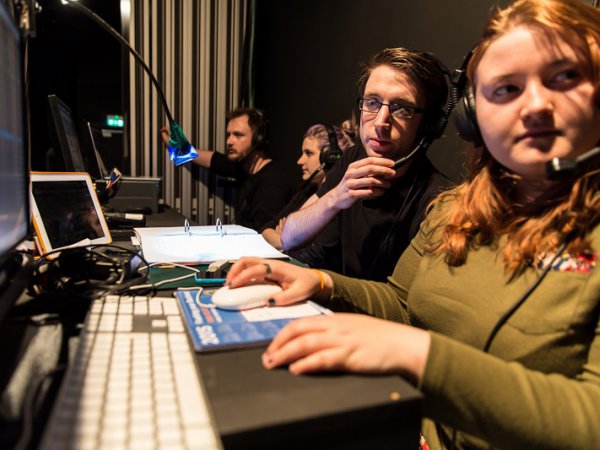